Ronald A Williams: The Turnaround King. 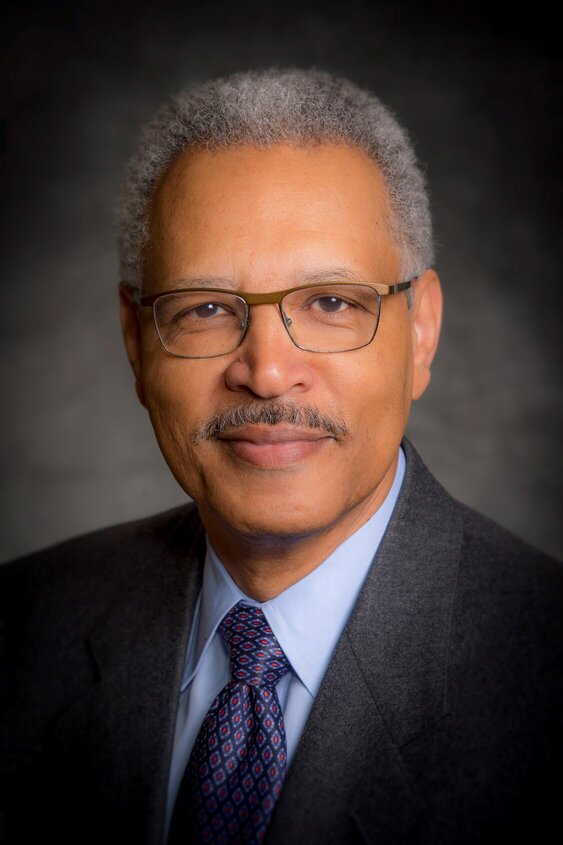 Ronald Allen Williams (born 1949) is an American businessman, entrepreneur and management consultant, who served as chairman and CEO of Aetna, a diversified health-care benefits provider from 2006 to 2010, and as chairman from 2010 until his retirement in April 2011. Ron is best known for his leadership at Aetna, where he transformed a $292 million operating loss into $2 billion in annual earnings. He is is chairman and CEO of RW2 Enterprises, LLC.

After his retirement from Aetna in 2011, Ron founded RW-2 Enterprises, LLC,, a business advisory firm which serves as a platform for his Private Equity, Corporate Board, consulting, speaking, and philanthropic activities.

Ron joined Aetna in 2001 and was named chairman and chief executive officer in 2006. Aetna is now part of CVS Health. His career focused on creating innovation and transparency in the health care industry, especially through information technology.

Ron was recruited to help turn around Aetna in 2001. After a year as executive vice president, he was named president and a member of the board, and in 2006 became the CEO and chairman. Aetna had recorded an annual loss of $292 million in 2001.

With Aetna on the verge of collapse, the board had made the desperate decision of turning to Jack Rowe— an outsider with no business training and little knowledge of the insurance business—in hopes that he could somehow spark a turnaround. Jack, in turn, had called on me to help.

Under his leadership, Aetna was named Fortune magazine’s “Most Admired Company” in the “Health Care: Insurance and Managed Care” category for three consecutive years. In 2011, the year he retired, Aetna had full-year operating earnings of $1.97 billion $5.17 per share and full-year operating earnings per share of $5.17, a per share increase of 40% percent compared to 2010. Aetna’s market capitalization grew from $4.7 billion in 2001 to $15.3 billion in 2011, when the company also ranked 77th on the Fortune 100 list.

I grew up in the 1960s in a working-class family in one of the poorer neighborhoods of Chicago, then one of the most segregated cities in the nation. The cultural, educational, and economic opportunities around me were sparse. But I inherited a strong work ethic from my mom and dad, and I was determined to make something of myself.

Ronald A. Williams was born in 1949 in Chicago, Illinois. He grew up on the South Side of Chicago. His father worked as a parking lot manager, and later became a bus driver. His mother worked as a manicurist in a beauty salon.

“As for me, I was a black man from a family in which no one had ever attended college. My dad was a parking lot manager who later became a bus driver; my mom was a manicurist in a neigh-borhood beauty parlor. I grew up on the South Side of Chicago and attended the kind of public school where almost every high school graduate immediately went to work or joined the military. I knew almost no one with a white-collar job or who had attended college; I couldn’t imagine what a business career would be like, and to top it off, I stuttered, which made me hesitant to speak in public.”

With humble beginnings, Ron had a string of jobs that engaged him and kept him off crime.

Yet in some ways I was relatively lucky. My dad helped me get my first job, washing cars after school. Though it was not my dream job, it kept me off of drugs and out of gangs.

After graduating from high school, he attended Southeast Community College of Chicago. With the help of student loans, day jobs and night classes, he graduated from Roosevelt University in Chicago in 1970 with a degree in psychology. He also holds an M.S. in management from the Sloan School of Management at the Massachusetts Institute of Technology.

After a brief stint working in the office of Illinois Governor Richard Ogilvie, he launched a business career—first as a consultant, then as an entrepreneur, and then as an executive at Control Data Corporation, Blue Cross of California, and WellPoint Health Networks.

Ron is a member of The MIT Corporation, vice chairman of The Conference Board, and a member of the President’s Circle of the National Academies. He was elected to the American Academy of Arts and Sciences and is a trustee of the Committee for Economic Development. He served on President Obama’s Management Advisory Board from 2011 to 2017.

Company and Johnson & Johnson. He is an operating advisor to the private equity firm, Clayton, Dubilier & Rice, LLC, and serves as Chairman of CD&R’s portfolio company, Emergency Medical Services Corporation (EMSC), a $3.5 billion provider of facility-based physician and medical transportation services. In 2013, he was elected to the American Academy of Arts and Sciences, an independent, multidisciplinary policy research center founded in 1780. 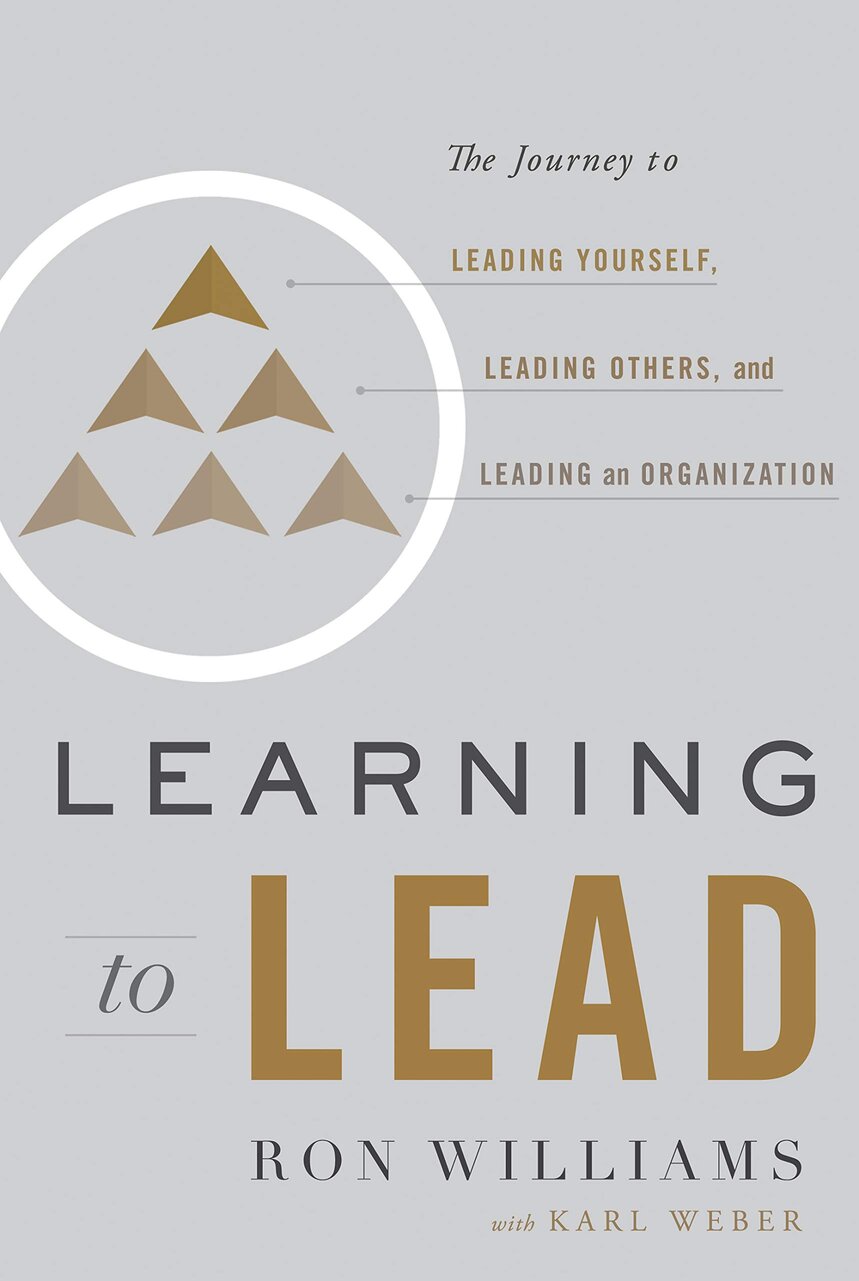 In 2019, Ron released his book: Learning to Lead - The Journey to Leading Yourself, Leading Others, and Leading an Organization, wherein he chronicles his lessons learned in self-leadership, corporate governance and organizational management.

Growing into leadership begins with self-leadership—which starts with discov- ering and nurturing the inner drive that will spur you to seemingly impossible achievements. That drive may be moving toward your passion, if you’re lucky enough to know it. Or it may be moving rapidly away from what you don’t want to do—moving out of the  cold and toward the sun.

I am a member of the first generation of black Amer- icans to enter historically white institutions—colleges, univer- sities, social organizations, and businesses—in significant numbers. Like practically all other black Americans, I’m familiar with the experience of being the only person of color in a conference room or lecture hall filled with white people. I’m profoundly aware of how awkward and disconcerting it can be to feel culturally isolated from those around you; to encounter no natural role models or mentors when entering a new environment; to be the subject of embarrassing questions, comments, looks, and assumptions; and to be accepted, if at all, merely as a token representative of “my people” who is supposed to speak for an entire race rather than simply myself.

Yet today, fifty years after the heyday of the civil rights movement, the process of creating a society in which all Americans have equal opportunities has barely begun. Black executives lead only a handful of major US corporations—for example, three in the Fortune 500. (For the record, they are Merck, headed by Kenneth Frazier; TIAA, headed by Roger Ferguson Jr.; and Lowe’s, headed by Marvin Ellison.) Until the retirement in May 2017 of my friend Ursula Burns, Xerox was also on this list. Importantly, Burns was also the first black woman to serve as a Fortune 500 CEO.

Ron and his wife, Cynthia Williams, reside in Delray Beach, Florida. They have one son, Christopher

Ron’s life trajectory is a story of overcoming barriers, obstacles and resilience in the midst of societal challenges. His is a story of a young man that grew up on the south side of Chicago and ultimately became one of the few black Americans to ever lead a Fortune 500 company.