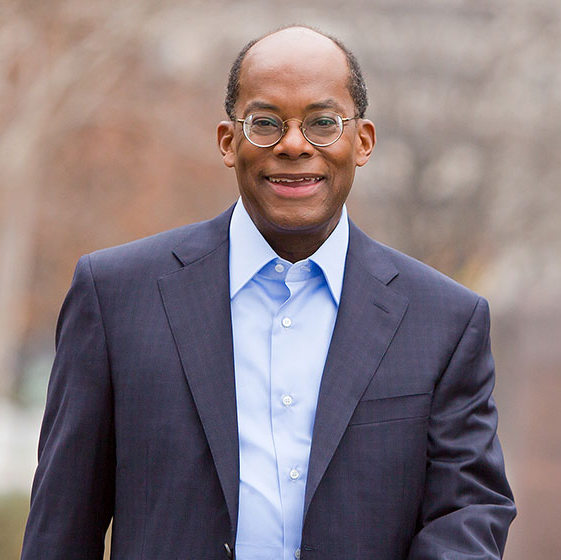 Roger W. Ferguson Jr. was born October 28, 1951 in Washington, D.C. U.S.A. He is an American economist, attorney and corporate executive who served as the 17th vice-chair of the Federal Reserve from 1999 to 2006.

From 2008 to 2021, he served as the president and CEO of Teachers Insurance and Annuity Association of America (TIAA), the leading provider of retirement services in the academic, research, medical, and cultural fields and a Fortune 100 financial services organization.

Ferguson joined TIAA as President and CEO in 2008, having previously served as head of financial services for Swiss Re and chairman of that global reinsurance company’s America Holding Corporation. Prior to Swiss Re, he was Vice Chairman of the Board of Governors of the U.S. Federal Reserve System, which he joined in 1997.

From 1984 to 1997, he was an Associate and Partner at McKinsey & Company.  He began his career as an attorney at the New York City office of Davis Polk & Wardwell.

Ferguson is married to Annette Nazareth, a partner at Davis Polk & Wardwell. They have two children.